Discuss the latest Johnny Depp news, his career, past and future projects, and other related issues.
10 posts • Page 1 of 1

Johnny Depp: "Changing my appearance has always helped me move away from my belly button and futile celebrity" 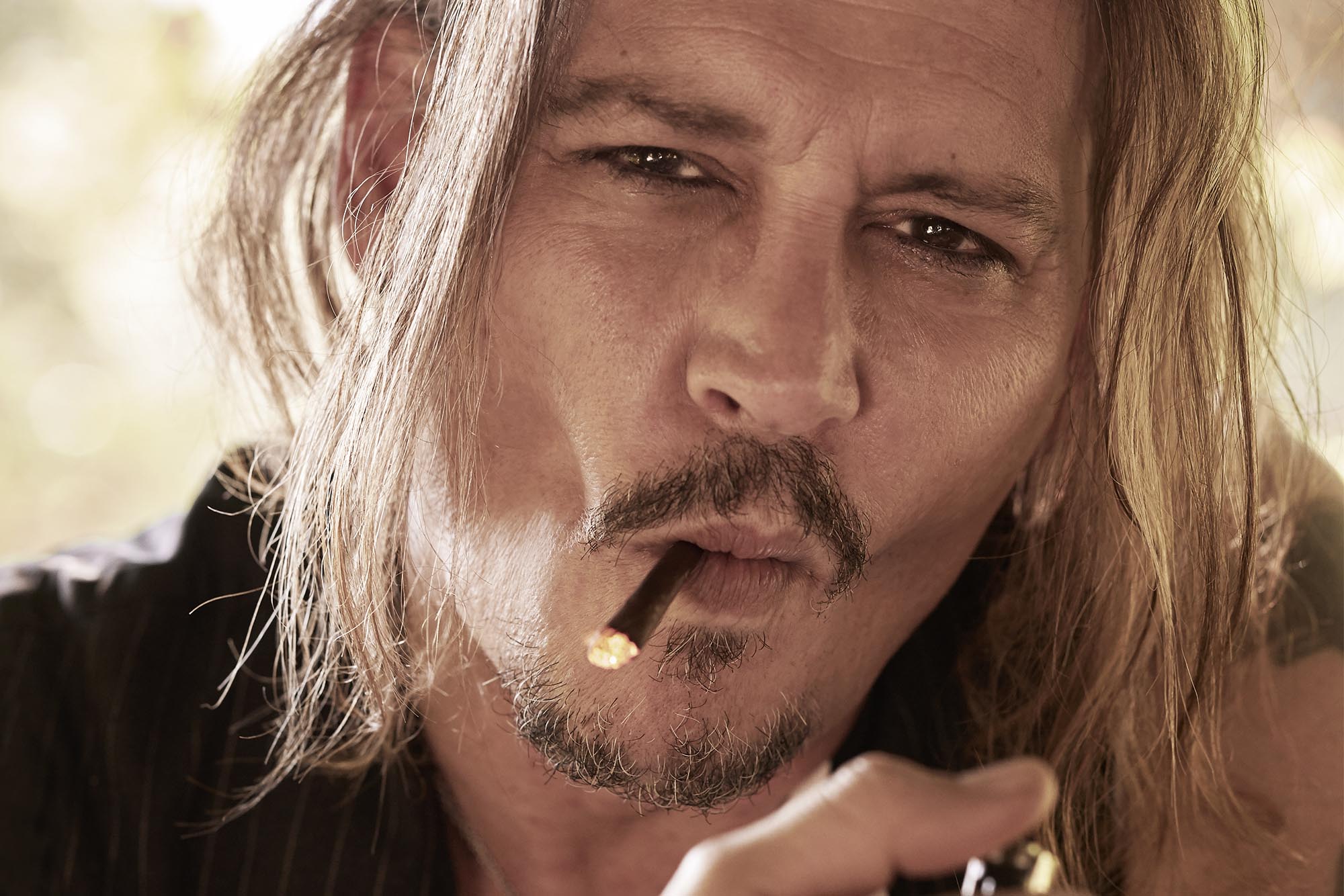 We miss Johnny Depp on screen. We wanted to take stock of his career with him. Always as courteous in interview (well, if the cigarette smoke does not bother you too much), his beautiful melodious voice and his humor of his own transported us.

Q: At the Berlin Film Festival, you presented Minamata, which you co-produced. In Deauville, we discovered City of Lies, which you filmed four years ago, an investigation into the murder of rapper Tupac Shakur. But these films, like Waiting for the Barbarians, by director Ciro Guerra, have trouble getting out, or come out a little in indifference... How do you live it?

A: City of Lies had been kidnapped by the studio. Thanks to Deauville, the film was found! For Minamata,this makes me particularly sad, because some films touch people, and this one touches the villagers of Minamata and those who experience similar things. Should we penalize a film just because of the Hollywood boycott against me?

Q: Your affinity with this photojournalism legend who fought against alcoholism offers one of your best performances as an actor.

A: I've always had a fascination with Eugene Smith. For his photos, of course. But, when I read the sacrifices he had made to take these images, and his struggle against his demons, I was in shock.

Q: How do you choose your projects?

A: I have always relied on instinct, the initial emotion, the spark that can spring from a scenario. If I can go over ten, fifteen pages, that's fine. If in addition you think you can add something unique to the character, then it's almost a call. Those I have incarnated, by mind, or by heart, all fascinate me, and they are all strangely intertwined. From the meanest to Edward in the hands of money, it's as if some kind of thread holds them all together. And, somewhere, deep down, like a shadow, I guess myself behind the screen. In a word, I consider myself very lucky.

Q: You started your career with Wes Craven's A Nightmare on Elm Street. You've made several fantastic films, including, of course, with Tim Burton. Where does this attraction to all this imagery come from?
A? When I was little, silent cinema was very important to me. A public television station showed all the incredible films of Charlie Chaplin and Buster Keaton,and my absolute model, Lon Chaney. Then there were the black and white horror movies, Frankenstein, Dracula and The Werewolf,all that folklore... I've always been a big fan of these obscure and pretty nice movies: it's one of the things tim Burton and I, when we met, we were recognized for. What I liked, in this genre, is that you could hide behind the makeup, the mask. Escape the weight or gravity of one's own person. Changing my appearance has always helped me move away from my belly button and futile celebrity. I feel more comfortable hiding behind characters or prostheses than being myself. Something is wrong with me. (Laughter.)

Q: What is the first rule of an actor?
A: You have to want to move forward, somehow lay yourself bare, and be willing to pick yourself up on your stomach in front of everyone by the different choices you've made or the ones you haven't made. Finally, this is an example... 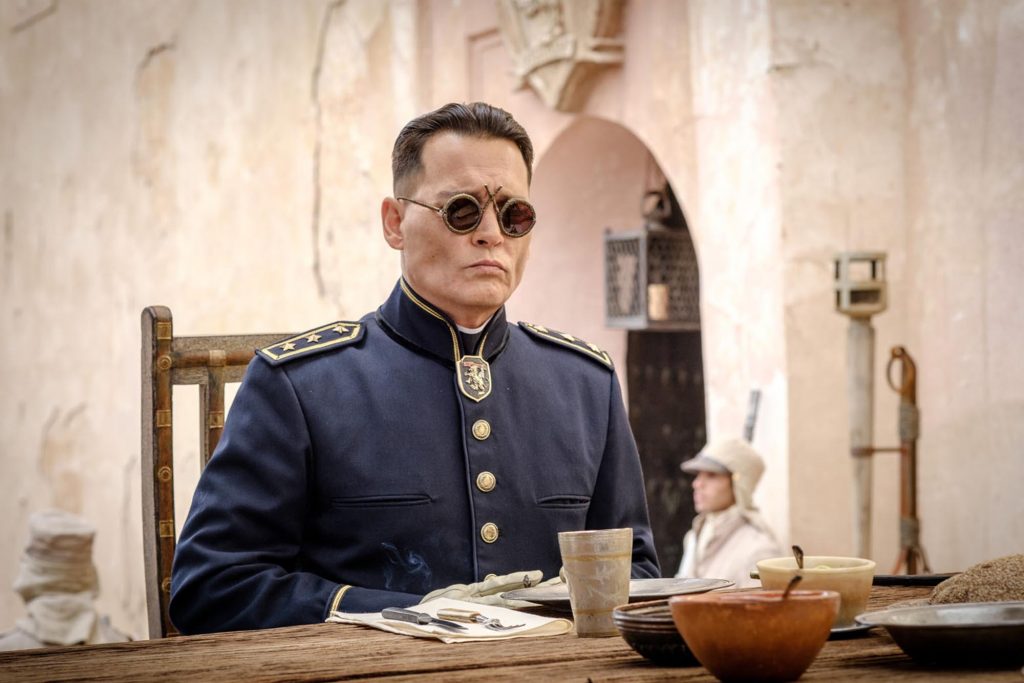 Q: How do you see "cancel culture", where people, artists, are judged without knowing the truth?
A: It is a complex situation. I would rather say this tendency to hastily make a hasty judgment based essentially on what looks like polluted air exhaled ... Do I feel safe? Yes, now yes. When you are the target of something so abracadabrant that attacks you from all sides, the first reaction is stupor. At first, many of these various denunciation movements had, I am sure, the best intentions in the world, but today it is so out of control that no one is immune. All it takes is one sentence, and the ground slips under your feet. It didn't just fall on me, but on a lot of people, women and children too. All you need is to be armed with the truth.

Q: If you could replay Captain Jack Sparrow..
A: I carry all my characters with me. The beauty of Captain Jack Sparrow is that I can travel with him in my shirt pocket. At this point in my career, if you ask me, I'll perform at your child's birthday party if they really need to get their spirits up, or I'll go visit kids in hospitals. I don't need a big machine to revive that good old Captain Jack for a good cause. I can do it myself, and no one can take it away from me. Not being able to embody him on screen was a sudden and strange stop, but it is part of this period of my existence made of sudden and strange moments. Jack Sparrow will never leave me, and he will always be willing to say nonsense to make people laugh. (Suddenly taking Sparrow's voice) "And I'm in there up to my neck, to my good blackened heart and my gutted soul, thank you!" (Laughter.)

Q: You lend your voice to Johnny Puffin, a puffin, in the animated TV series Puffins, an Italian creation visible on Apple TV and Amazon Prime Video...
A: I liked the idea of playing a funny bird. (Laughter.) Being part of a group of small puffins in the service of a cunning walrus named Otto, who would not be tempted? (Laughter.)

Q: How do you see the evolution of Hollywood?
After being in the bath for more than thirty years, I can swim quite well in these waters. But Hollywood is not what it used to be. Many people realize that they are as "disposable" as I am, but continue to operate with tired jokes and rehashed formulas. The public has been grotesquely underestimated for quite a few years. Especially since with the pandemic we realized that watching the stories on his television was not so bad. And I understand it: given what it costs for a family to go to the cinema, between the entrance ticket, the parking lot and the popcorn! So I think the Hollywood machine has some design flaws that they just realized, and I'm personally happy to have seen them coming. (Laughter.)

Q: What are you most proud of?
From my children. Nothing beats that, nothing comes close. In work, to be satisfied with what we have accomplished is death, it makes you complacent. I like the experience, and, far from Hollywood, put myself at the service of artists who have the urgency to express something. And if it's a 15-year-old person filming with his mobile phone, that's fine with me too. Everything has already been done. What can remain is the freshness of the look.

Q: If you could meet young Johnny Depp, what advice would you give him?
A: Walk backwards. (Laughter.)

It is absolutely wonderful to see this. An article about Johnny and his films and skirting the sensational stuff for a change. Thank you so much for finding and putting this one up ItD.

It's a really great interview, I like it so much. The statement about Hollywood is really good and it's so true.
I miss the magic that hollywood once had .
Top

So much good authentic stuff in there. I am sorry American friends - Johnny is really quite European!
Top

Thank you for posting the interview!

I was curious what he meant by "belly button", assuming it's some sort of French phrase that got lost in translation. Apparently the French language uses belly buttons to express self centered-ness, thinking the world revolves around you etc. I had never heard the term "navel gazing" before, but that's going in the same direction. So my guess is it's a metaphor for narcissism or egotism.

Maybe someone French can shed more light on this, or maybe everyone else knows what was meant and this comment didn't add anything of value (sorry if that's the case).
Remember, if you ever need a helping hand, it's at the end of your arm. As you get older, remember you have another hand: The first is to help yourself, the second is to help others.
Top

Just wondering about the name of this magazine. There is a French magazine called Pariscope, but I can't find anything named Palace Scope.
"Some books are to be tasted, others to be swallowed and some few to be chewed and digested." Sir Francis Bacon, Of Studies
Top

fireflydances wrote: ↑
Sun Jan 23, 2022 7:56 pm
Just wondering about the name of this magazine. There is a French magazine called Pariscope, but I can't find anything named Palace Scope.

It's probably the same one, the URL did say pariscope but guess to me it didn't look right and I changed it. Sorry for the confusion.
And Wit, was his vain frivolous pretence
Of pleasing others, at his own expense