Discuss the latest Johnny Depp news, his career, past and future projects, and other related issues.
150 posts

What a coup! Hollywood star Johnny Depp is traveling to the Zurich Film Festival for the world premiere of his latest film "Richards Says Goodbye". The many fans will be at his feet Friday night.

Countless eyes will be spellbound on the roadside when Johnny Depp walks across the green carpet in Zurich on 5 October - for the world premiere of his latest film "Richard Says Goodbye". After a public appearance a few months ago, many of his fans had worried: The 55-year-old Hollywood star looked emaciated and aged. "I'm okay," he said at the interview in early July with the Schweizer Illustrierte in Montreux VD.

He talked about his starring role in "Richard Says Goodbye" with great joy. In the comedy drama directed by Wayne Roberts, he once again plays the eccentric loner: a college professor who turns his life upside down after a devastating medical diagnosis. Richard enjoys excessive drinking and smoking, lots of sex and insults everyone with rough slogans that gets on his nerves.

«In the movie I'm no longer myself»

Depp finds it hard to put down his film role in real life after shooting: "Mostly followed by a period of deep depression. A sadness that overcomes your whole body, your whole being, "admitted the actor. "Actually, I'm a pretty shy person." If he plays a character, he knows it through and through: "In the film, I'm no longer myself." He never looks at his films. He adheres to the motto of film legend Robert Mitchum: "Remember your dialogues, and get rid of the furniture!"

The breakthrough as an actor managed Depp end of the 1980s with the TV series "21 Jump Street». His biggest successes are the five episodes of "Pirates of the Caribbean", the heartthrob in the role of Captain Jack Sparrow. In 2003 and 2009, the US People Magazine chose him as the Sexiest Man Alive.

Depp again in "Pirates of the Caribbean 6"?

Just last June, Johnny Depp stood for a few days in front of the camera - as a villain Grindelwald for the second part of «Fantastic Beasts». This film will be released in cinemas in mid-November. Whether Brad Furman's thriller "City of Lies" - with Johnny Depp and Forest Whitaker in the lead roles - makes it to the cinemas, is uncertain: The planned start was canceled at short notice.

And how about "Pirates of the Caribbean 6"? According to insiders to be worked on at Disney already. Again with Depp as Captain Jack Sparrow? "I'll think twice if I slip into the role of Jack again. I know his character and I love to play him. But I do not like tight structures, clichés. If there is a sequel, the role of the captain will be played to my liking », says the Hollywood star.

Depp was recently able to breathe a sigh of relief: The dispute with his former management has been settled with a settlement agreement. Depp had accused them of misappropriating his fortune of 650 million francs and driving him to the brink of ruin. The managers responded with a counter-claim: The grossspurige lifestyle of the actor was responsible for its financial problems.

On the other hand, the Rose War continues to rage with his ex-wife Amber Heard: The 32-year-old actress accuses Depp of having become violent towards her - which he denies. After the divorce in 2017 he had fallen into an acute depression. "I could not stand the pain every day," he recently said in an interview. "I poured vodka in the morning and started to write until I could not see the page because of tears."

He is really looking forward to returning to Switzerland soon. "He remembers a stay particularly well: he met at a Montblanc event in Geneva (" I love her fountain pen ") "My good old friend" Christopher Lee († 2015). At the subsequent dinner with him, his wife and his former partner Vanessa Paradis, they talked about their joint film "Charlie and the Chocolate Factory": "We had a great time!" His many fans in Zurich will also have a good time - when her idol honors the ZFF . 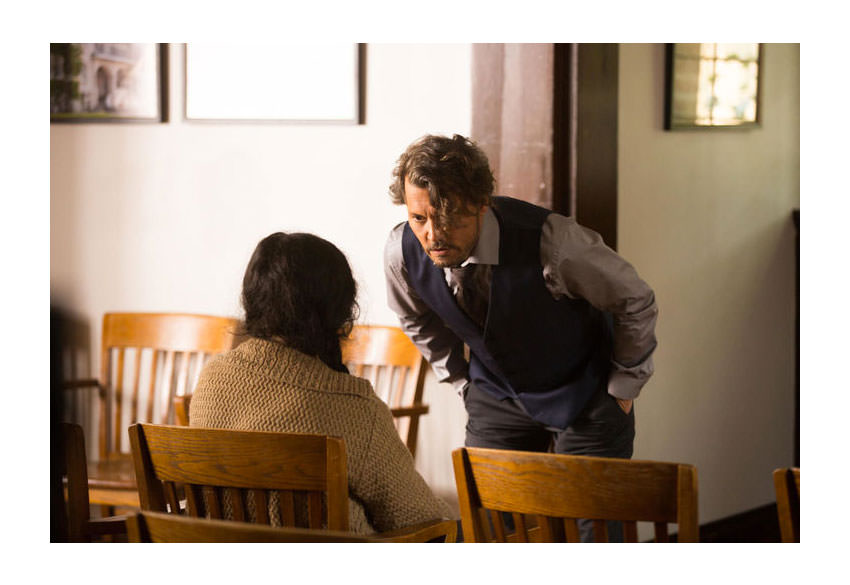 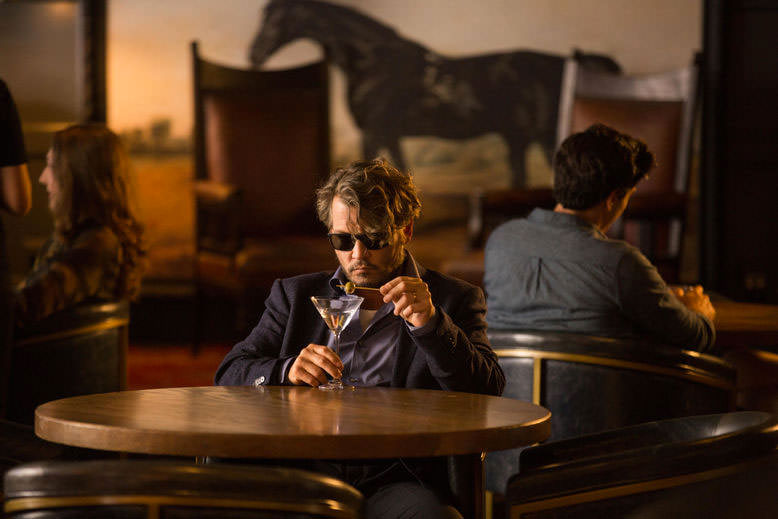 According to IFOD members who watched the screening, the film is dedicated to Betty Sue Depp!
Top

Johnny Depp may be something of a persona non grata in North America, but the controversial actor was met with open arms at the Zurich Film Festival . . . .

Perhaps more interestingly,given the underwhelming reviews for ‘Richard’ so far, Depp revealed he would be making a film with the critically-acclaimed filmmaker Ciro Guerra, whose latest film “Birds of Passage,” co-directed with his partner Cristina Gallego, was heralded at the Cannes Film Festival earlier this year and then selected as the Colombian entry for the Best Foreign Language Film at the 91st Academy Awards (read our review). . . .

So, is “Richard Says Goodbye” the next “The Libertine”: great feedback from the public but condescending reviews peppered with spiteful backhands from the alienated “pros” (led by that most vile yet glossy rag, Variety) determined to let the public know what they really saw? VOD, no wide release . . . I wonder if we, here in the States, will ever get to see it.

Note: I moved this post here from the 'Waiting For The Barbarians' thread as it pertains to "Richard Says Goodbye", and I expect there will be some discussion of justintime's comments.
~Joni
"Stay low." ~ JD
"I don't like it in here . . . it's terribly crowded." ~ Hatter
"There's something about Johnny that breaks your heart." ~ John Logan, ST
"Tear deeper, Mother." ~ Wilmot
Top

SnoopyDances wrote:According to IFOD members who watched the screening, the film is dedicated to Betty Sue Depp!

Glad this movie is premiering somewhere. The tone with which it's mentioned in the Waiting For The Barbarians thread just sounds like more of the anti-Depp machine droning on. I echo justintime's sentiments from that thread: Will we even get to see this in the U.S.? Nothing seems like a sure thing anymore after City Of Lies was suddenly removed from the shop window, other than than FB2, here in Big Dumb Puppy Land...
"There is certainly a part of me that tends to be that loner. You never find me in the center of the crowd. I just like to stay back a little and hang in the shadows."
Top

Thank you, Joni, for your time and expertise, not to mention your patience!
"Stay low." ~ JD
"I don't like it in here . . . it's terribly crowded." ~ Hatter
"There's something about Johnny that breaks your heart." ~ John Logan, ST
"Tear deeper, Mother." ~ Wilmot
Top

Good news for the Brits? I hope so

This is sort of related - in the UK I noticed that 'Katie Says Goodbye' is on Sky so I downloaded and watched it. Has anyone else seen it? Just lovely although a terribly sad film. Beautifully shot and quiet, understated acting. It's one of those films where in the first few minutes you know what's going to happen and this lovely girl is going to get shafted - and it could easily have slipped into a cliche but the acting was so perfectly done it is a joy to watch - although some of the scenes are quite hard to see. Olivia Cooke is a delight, and Mary Steenburgen does the character she pretty much always plays but does so well. And then Jim Belushi is in it and he's so warm and wonderful.

Watching it I can sort of imagine what 'Richard Says Goodbye' might look like - JD says that in the first 30 seconds you know the fate of the main character. I also read one review which said that there's a scene in Richard which is uncomfortable.

Anyway - if you have a chance to watch it please do,as Wayne Roberts is a wonderful writer and story teller.
Top

Richard Says Goodbye has now been renamed, The Professor.

Chocolat wrote:Richard Says Goodbye has now been renamed, The Professor.

Thanks Chocolat, I saw that mentioned on social media yesterday.
And Wit, was his vain frivolous pretence
Of pleasing others, at his own expense

I made the important (for us) bit bold, so you can see, why I am posting this here

The film follows local trooper Ed Croswell (Arquette) as he foils a mafia summit in the rural town of Apalachin, New York and exposes the mob’s brutal tactics to the wider world. The cast also includes Jennifer Esposito (“Crash”) Robert Davi (“Die Hard”), PJ Byrne (“Big Little Lies”) and Jamie-Lynn Sigler (“The Sopranos”). “Mob Town” was written by Jon Carlo and Joe Gilford, and is produced by Abeckaser’s 2B Films. The film will be released this summer.

Saban Films negotiated the deal along with Bleiberg Entertainment on behalf of filmmakers.

Past releases include “The Homesman” with Hilary Swank and Tommy Lee Jones; “The Yellow Birds” with Alden Ehrenreich and Tye Sherian; and the anthology “Berlin, I Love You” with Helen Mirren, Keira Knightley and Jim Sturgess. 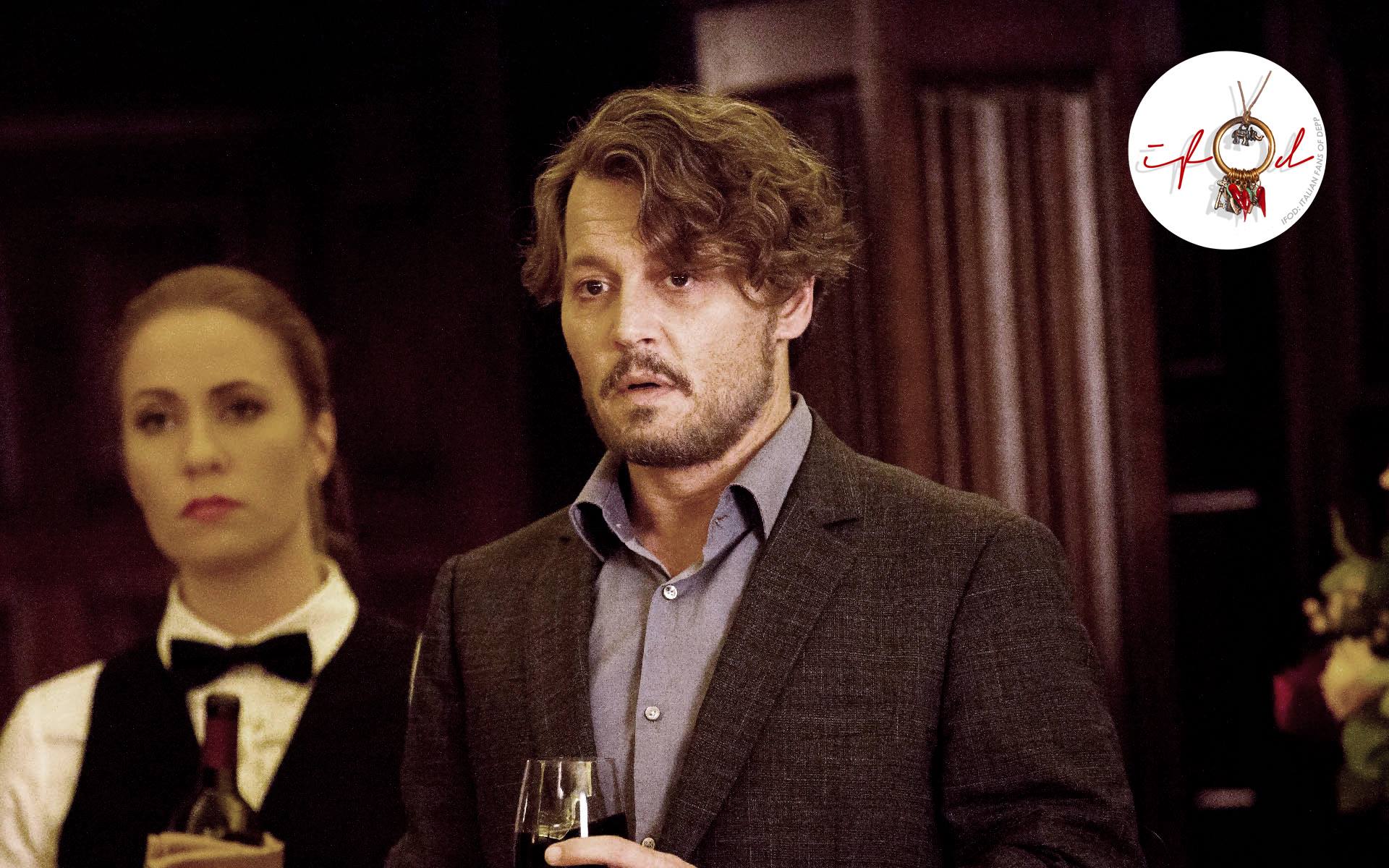 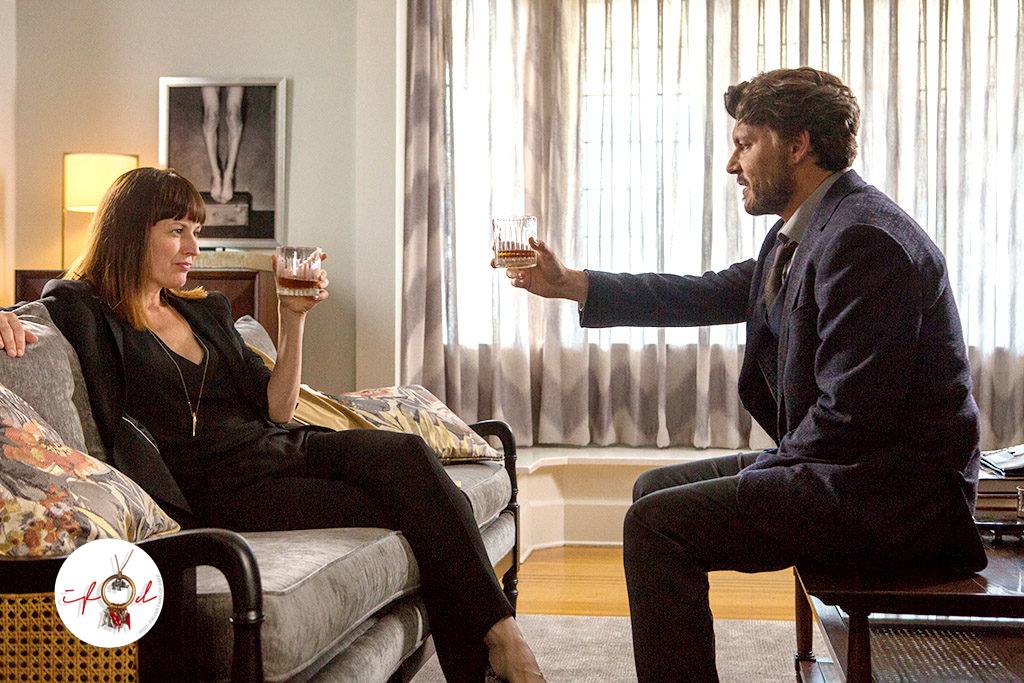 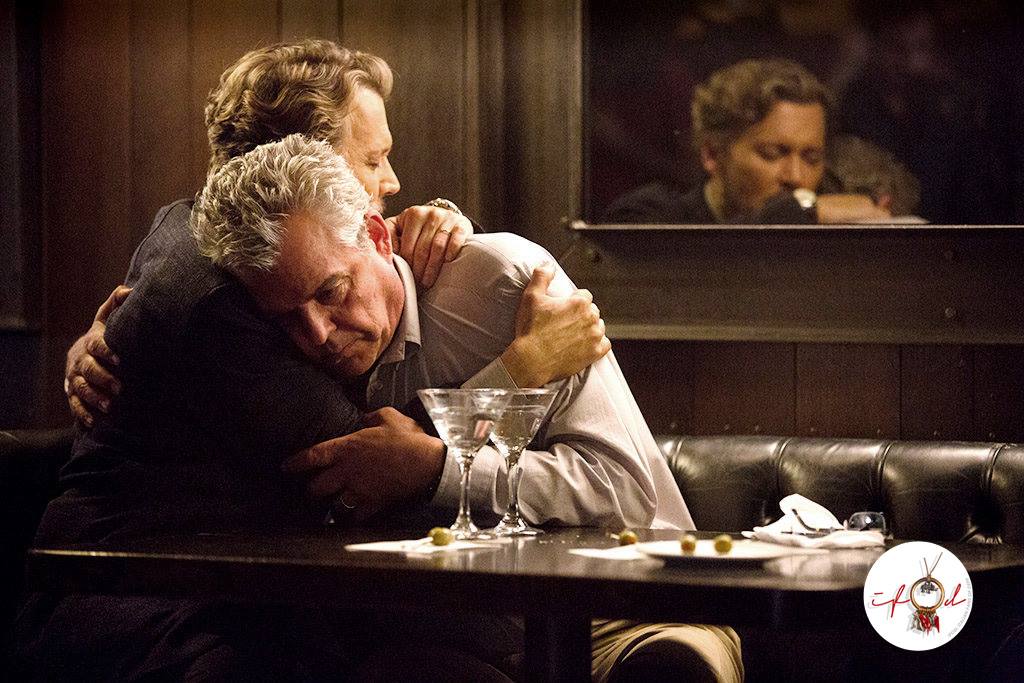 Meeps posted the trailer for THE PROFESSOR--it's over on the Video forum!
Top
150 posts